You are here: Home › Uncategorized › “Behind Enemy Lines”

Bill recently wrote a letter to a friend about the spiritual battle in Haiti and some of what JUST MERCY  has been doing. In it he said, “In a book called Peace Like A River, a father in a pitched battle with the enemy turns to his children and says, “We and the world are at war my children. Retreat is impossible. Arm yourselves!” (Leif Enger)

Am I a missionary….? Perhaps a volunteer behind enemy lines!

My mission….? To keep the commands of God and hold true to the testimony of His Son, the One True King and, with tears of humility, the One who claimed me as His brother!

‘” We hold this treasure in earthen vessels “ 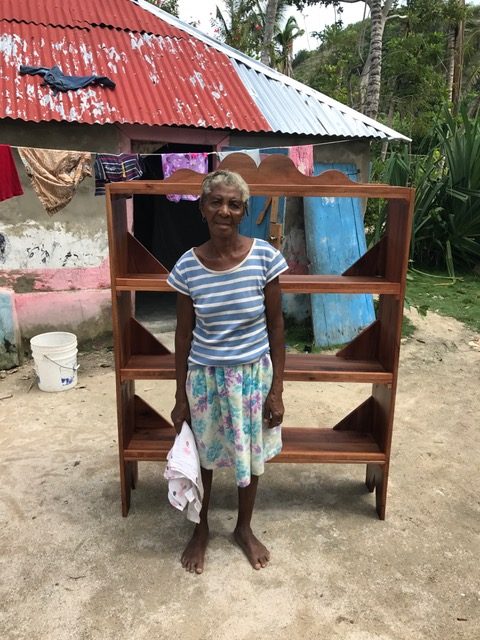 Tata with her shelf unit in front of her house

So… an elderly woman who lives in a shack behind us, through prayer and deliverance from the evil of voodoo, a near death illness (we almost lost her to typhoid fever), and with shared life has given her life to Jesus!  (The voodoo talismans are gone from her house!!)  The walls of old mud, sand and gravel, and a little cement crumbled onto her bed each night! So we’ve been working to make it better.  (See pictures below the update. The men in the carpenter shop also made her a shelf unit to put her things on and you have NO IDEA how happy she was to have something to put her things on!) 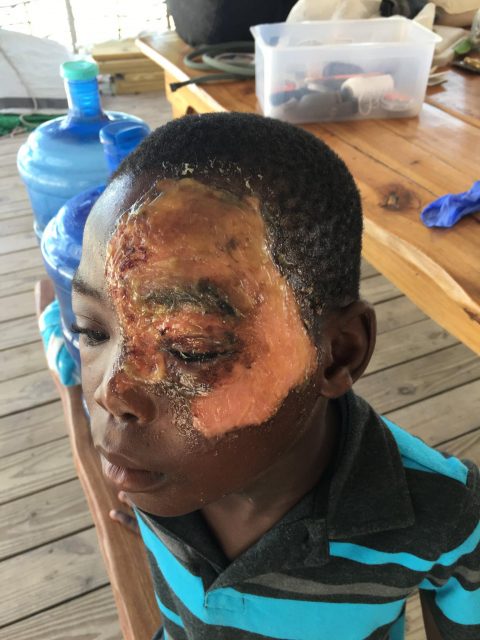 Back in February a boy was brought to us with a terrible burn on his face.  We put B & W burn cream on him and prayed.  We left a big supply of it with his father and told him to keep it lubricated with the cream at all times.  2 1/2 weeks later, he looked like this!

These are the kinds of things I do…..as I remain a volunteer behind enemy lines!

Just wanted to share a little about life here. Please interpret in the light and great heart of the One to who alone we owe our allegiance! – Bill”

Bill had planned to return to Janou, the village adopted by Monett Community Church in February, but Haiti has been having so much rain that the trip was not possible as the trail has been constantly muddy and slick.  MCC has raised enough money  to repair many of the houses in Janou and they plan to send some folks to go back there with Bill at the end of Junel  Since he hasn’t been able to get up there to get a concete plan together, the trip may be more of a planning and observing time, hopefully taking a census of the village, but those needing houses and roofs will eventually get them, Lord willing!! 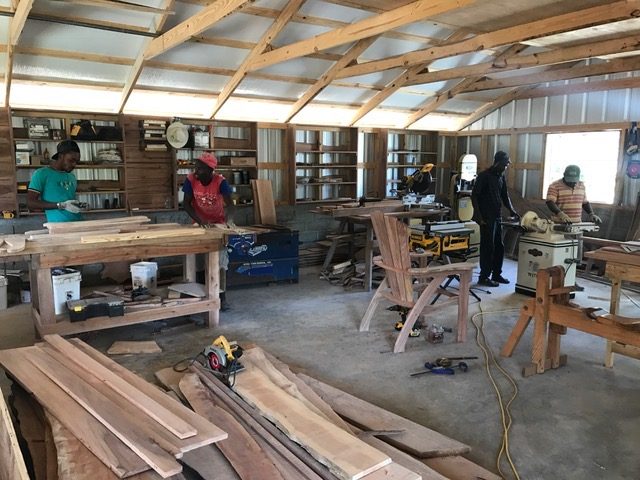 Men in the wood shop with lumber sawed on the sawmill

With all the rain, it was a good time to spend time in the wood shop with the guys building things, including Tata’s shelf unit!  It is a huge thing to provide men with jobs and also, working in the wood shop often affords opportunities for sharing with the men and encouraging them in the Lord. 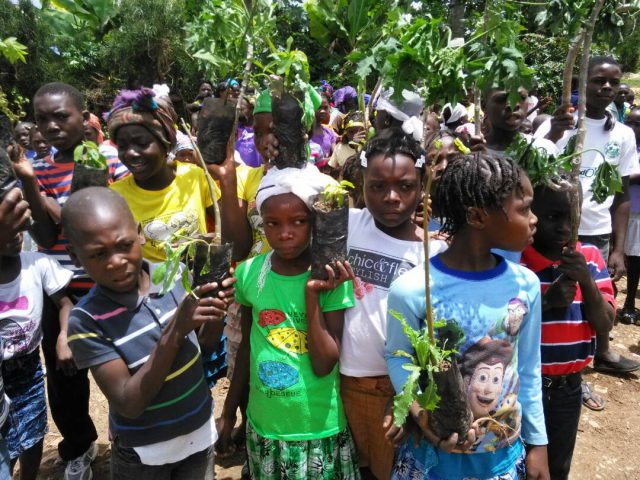 Children with trees to plant

The school JUST MERCY supports in the mountains recently had a work day.  The students came and cleaned up the schoolyard.  They planted trees around the school and along the road leading up to it.  They were of all types, including food trees like orange trees, avocado trees, and some ornamentals. They then enjoyed a meal together.

Thank you for your prayers and support.  Please continue to pray for JUST MERCY and the people we seek to serve in Haiti. 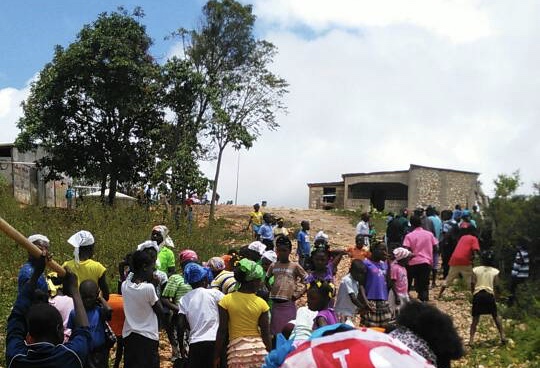 The road up to the school 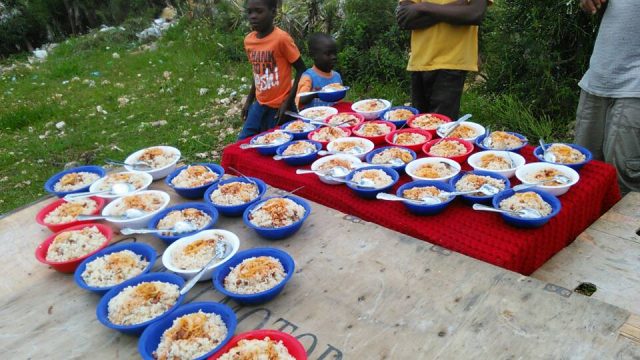 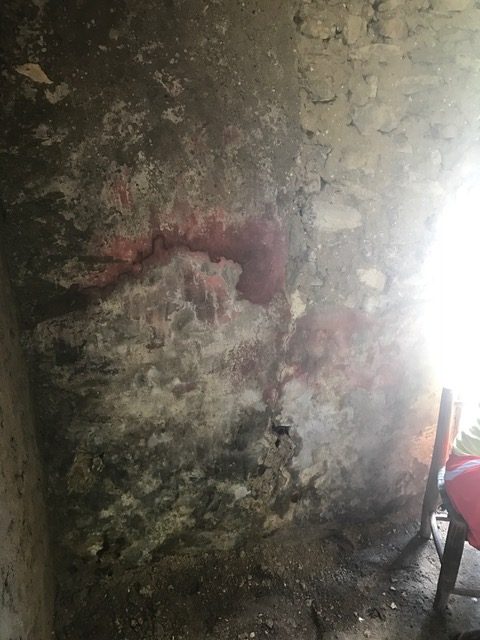 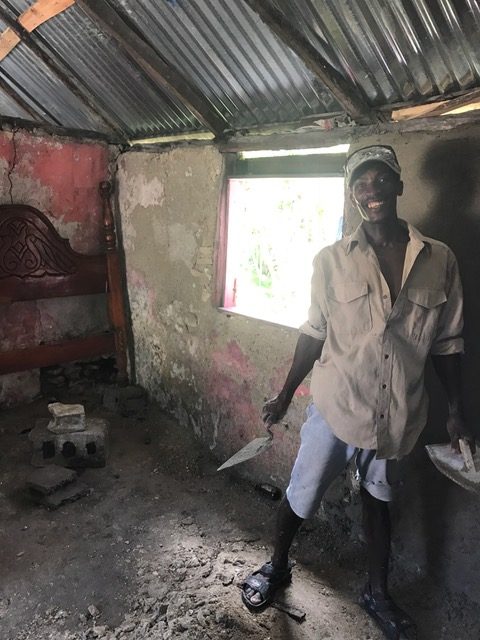 Milo working on a top coat of cement to coat the walls so they will not crumble. 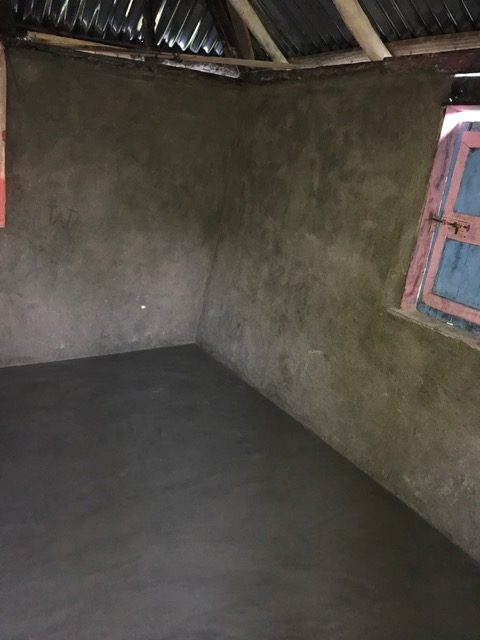 6 Responses to "“Behind Enemy Lines”"