You are here: Home › About Us

Who is JUST MERCY ?

We’re some people who love Jesus, trying to love our brothers in his name. We went to Haiti to help with relief after the earthquake. We went back to help in any way we could. We are still in Haiti working to meet needs and extend the love of God with the hope of turning hearts to the Father all because “It is JUST that He sends.  It is for MERCY we go.”

Our desire in Haiti is to build bridges between hearts, to turn hearts to Jesus, and to unite hearts in fellowship.  Since starting in 2010, JUST MERCY has served in the mountains of Pays-Pourri above Fonds-Parisien, Haiti, supporting two schools with 500 children, teaching not only academics but also Christian character classes. During the cholera epidemic JUST MERCY opened two cholera clinics in the mountains, treating over 1000 people, saving them the arduous hours long trip down the mountain for treatment. Several times, JUST MERCY took doctors to the mountains to hold medical clinics where people have little or no medical care.
In the summer of 2013,  JUST MERCY made a move to Ile a Vache, Haiti to begin a new phase of the ministry. 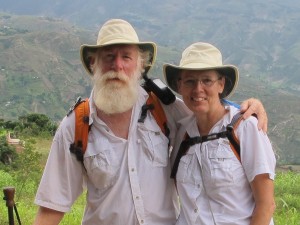 Bill and Janet raised their family in SW Missouri and started the non-profit organization JUST MERCY  after the 2010 Haiti earthquake.  Bill has experience in construction, farming and gardening, mechanics, and basic do-it-yourself common sense skills. He has a deep love for God that he wants to share with the Haitian people.  Janet spends some time in Haiti but more stateside taking care of communications, ‘technical support”,  and necessary paperwork. 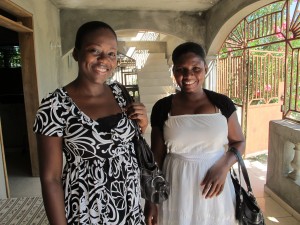 Sherlie and Nono are two Christian young women that Bill met in Fonds-Parisien.  They had left Port au Prince to come to a relative’s home after the earthquake and were sleeping in the back of a truck.  They ended up coming with us when we leased the house.  They have served us faithfully ever since, cooking, cleaning, washing clothes, coming to mountains when we go to make sure we are taken care of, loving us, sharing our lot, literally making it POSSIBLE for us to be in Haiti.  We do not pay them.  They serve out of love.   To them, we are Daddy Bill and Mom Janet and they are our Haitian daughters!  God has truly blessed our lives with them. 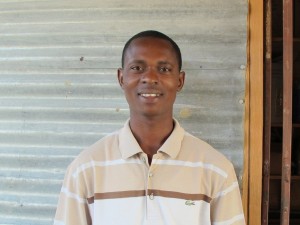 Jackson oversees the Chapelle school in the mountains.  He recently graduated from seminary and wants to teach the Bible.  He now teaches in the school at Chapelle.  When Hurricane Isaac destroyed the school, he worked to organize the parents and people of the village and helped to build temporary shelters for the school to continue.  We appreciate Jackson’s always cheerful help with the school in Chapelle.

We are all willing hearts trusting God to lead us each day.  Our efforts are on-going in several areas.  Please see the Areas of Service page for more details.  We ask for your prayers and support as we seek to serve the purpose of God among the Haitian people.