You are here: Home › Uncategorized › A Grueling Trip to Janou

Last week, Bill set off to make the trip up to Janou to see the damage there.  Along the road to the trail head, everywhere had sustained damage!  There were many sheet and tarp encampments where people are sleeping as they are afraid to sleep inside any shelter that remains. 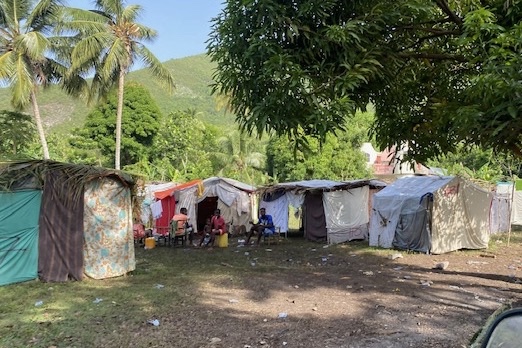 Bill had hoped to take some rice up with him but he made the decision not to.  People “downstairs” are fighting over the food aid coming in.  Some of you may remember after Hurricane Matthew in 2016, we brought in tons of food and ended up getting stoned by some people so we are approaching how we bring aid in this time in a different way, a little at a time.

On the way up the mountain, Bill met a young lady who took him to see her grandmother.  He found her lying on the floor of the hut pictured below.  She was thin and frail, in pain, and having difficulty breathing.  A wall had fallen on her when the earthquake hit.  There was not a lot that could be done except to give her some medication that he was carrying with him to ease her pain and offer what comfort he could.  Coming back down the next day, he found she had died that night. 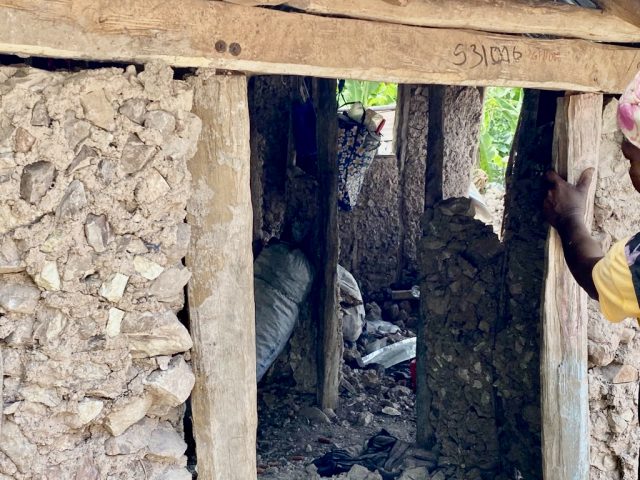 Janou was in about the same shape as Bedzimel.  Many walls of their homes between the posts had collapsed.  They are made of mud and debris and some are smoothed over with concrete when they can afford it.   Janou is even poorer than Bedzimel.  In both villages, we are working on helping them build a place for the church to meet. 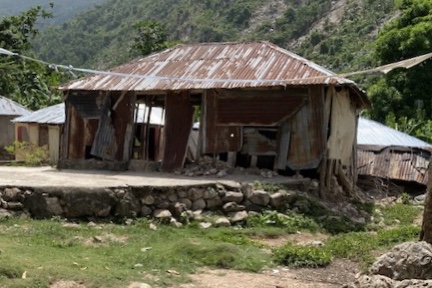 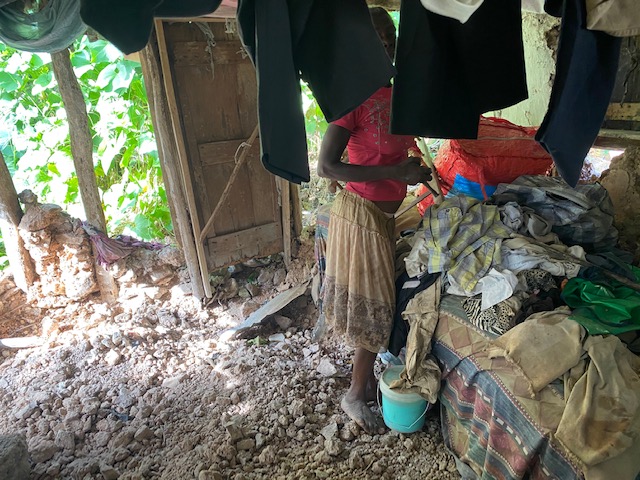 Inside a damaged home in Janou

The foundation for the Janou church/school appears to be solid.  About 1500 blocks had been made.  They were stacked up and when the earthquake happened, some of the stacks fell down and many blocks broke. 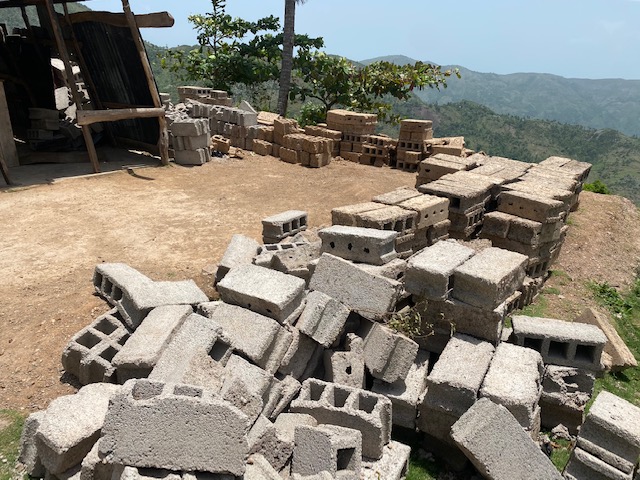 Because the people are so afraid of concrete buildings, we are changing the plan and are going to build it with block half walls and then frame the upper half of the walls, like we did on the wood shop on Ile a Vache.  We are also having a cistern dug to collect water from the roof.  It will be lined with blocks and a sealer put on them as the nearest water source now is a hike of 1 1/2 hours one way!

We have been in touch with a couple of organizations about getting food up to Janou.  After spending the night in the village where everyone was sleeping outside, Bill got up the next morning and hiked all the way to the top of the mountain to see if there was a flat enough place to land a helicopter.  There is!!  They even play soccer up there where you can see for miles in every direction! 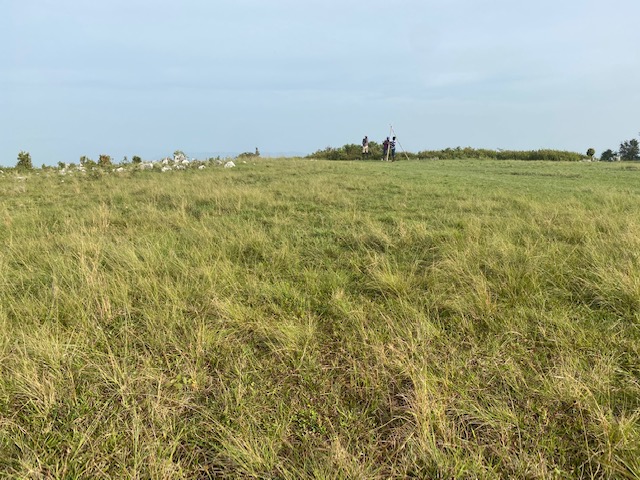 He got the coordinates and took some pictures of the landing site.  We have sent that information on and are trying to make the connections to get some food, tarps, and other things brought up.  There are two other villages besides Janou in that area with about 250 poor families, all of which need help.

That same day, Bill hiked all the way back down the mountain from the top and returned to Ile a Vache, getting in very late after an exhausting day.  On Saturday, he returned to Bedzimel to get concrete, rebar, and the other things needed to get started on helping the people repair their homes and work on the church building. 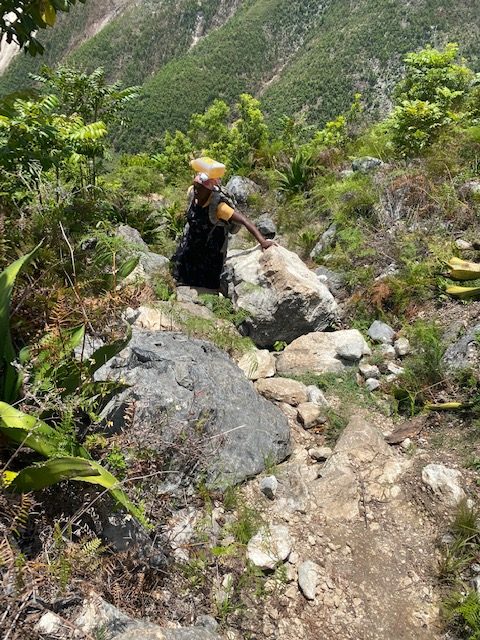 The “trail” up to Janou. It’s steeper than it looks.

We are hopeful that next week somehow we can get some food up the mountain.  Please pray that God opens those doors to get the supplies and food for those who need it so badly.  Thank you to those who have given to help and especially all of you who are praying for Haiti! 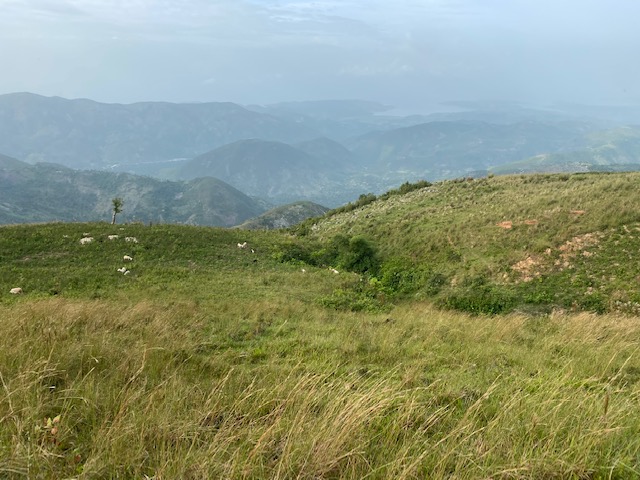 A view from the top of the mountain