You are here: Home › Uncategorized › A Cistern for Janou and the Kidnapping

In the last update, we told how Bill had found a perfect helicopter landing site and hoped to find a way to get supplies up that way.  Unfortunately, that did not work out.  Bill writes:

By the middle of September, I had been in Haiti for a month and had made a trip or two “ upstairs “ to Janou to get some things sorted out on the church building project, check on the damage the earthquake had caused, and see how the people there were faring.

We were hoping for a helicopter to bring supplies in for the people but it was not to be.  So we gave the people of Janou money to go down and buy individual bags of rice along with beans, oil, and such to take back up the mountain a few days in a row. They are able to do that at the market at the trail head.  When we got up the mountain, we distributed it all to each family in the area.

BJ, a good friend and brother of ours, came to Haiti to help for ten days at the end of September.  We were mostly focused on Janou, our mission to the people in the mountains and where we are currently working on building a church/school building along with a cistern.  Shortly after he arrived, he and I went back up together to take supplies and get the church building project moving forward. 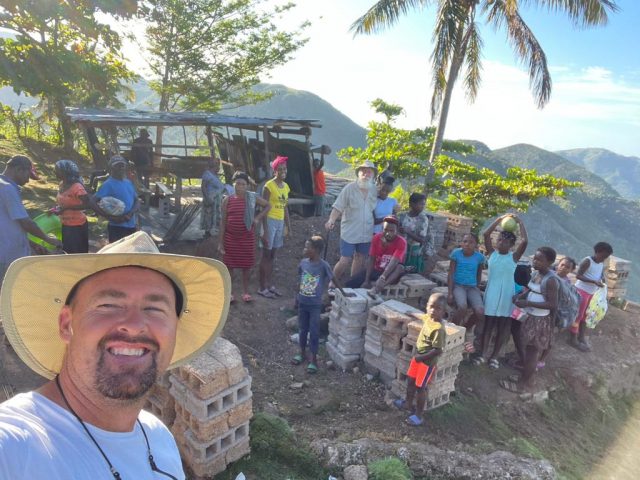 B.J. and Bill in Janou

Getting the cement and all the steel rebar up the mountain by hand was a task. This hike is rugged and steep!  From the trail head to Janou, it is 17-18,000 steps. All of the materials have to be taken up on foot.  We paid the folks up there to take it up.  It’s a hard job but they were glad for the chance to work! 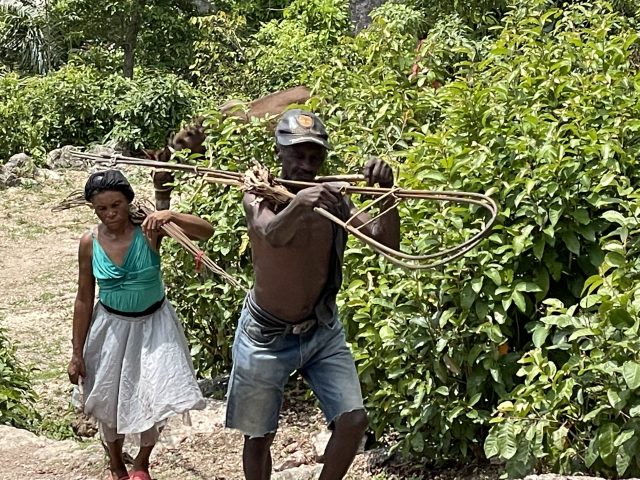 While we were in Janou for 3 days, the excavation of the cistern next to the church foundation was completed.  The church is under construction and we made arrangements for the cistern to be built.  A few days later, the walls for the cistern were nearly complete! 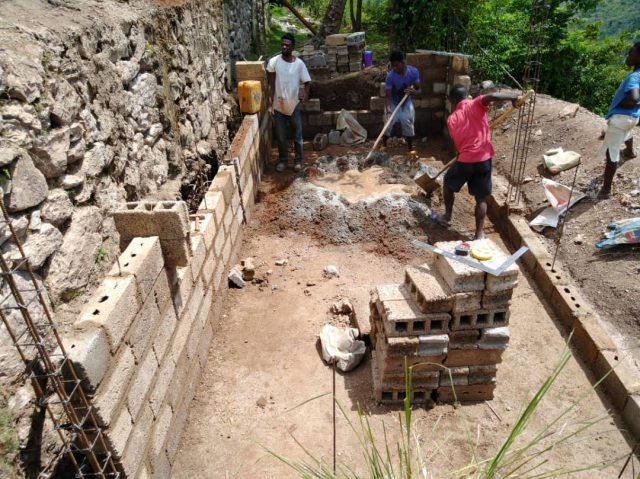 The cistern walls are going up! 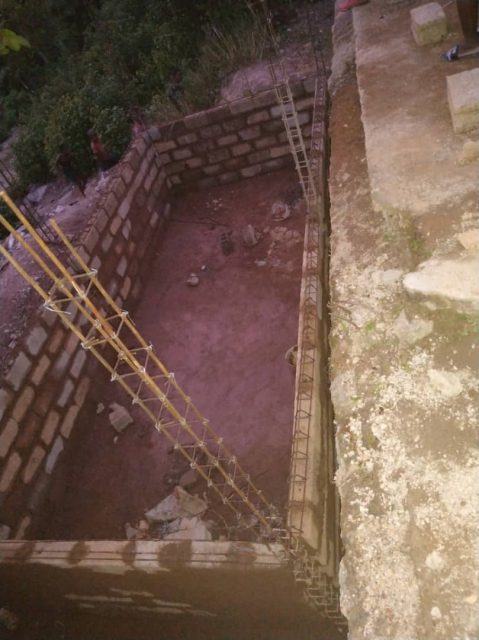 It was great seeing all the kids again. A young girl 15 years old had some serious problems with her teeth. We are getting them fixed for her.   There are always many doors open to talk about how our hope is in Jesus and where our true possessions lie.

B.J. wrote,  “Each journey seems to always have a different effect. One would think after the many trips I’ve made to a place where so many people live without much at all, a person would grow numb to the surroundings. The term “walk a mile in their shoes” really sets in as I’m walking up the mountain!

The joy we see on the people’s faces when we arrive is priceless! Here at home we look for all sorts of “stuff “ to do! But in a world with nothing, just spending time together means a lot to them! Quality of life shouldn’t be rated by the stuff we have!

It is my hope that I look to the small things that God gives us to see the importance of the time He has given us. How could such a distressed place have such a positive effect on us? Looking forward to the next journey!”

Bill and B.J. came home at the end of September but Bill needs to go back soon to keep the project going.  Thank you to all who make our work in Haiti possible!

A note about the recent kidnappings in Haiti that you probably have seen on the news the past week:  We live in an area in SW MO that is home to a Mennonite community.  Two of the hostages are relatives of neighbors of ours so this is really hitting close to home!

Please pray for the hostages that they are released quickly.  Pray for the hearts of their captors.  As their missionary group Christian Aid Ministries stated, “God has given our loved ones a unique opportunity to live out our Lord’s command to love your enemies.”  We pray that God gives them the strength, courage, and peace to do so in this horrific situation.

There have been over 600 kidnappings this year alone!  Fuel trucks have been hijacked, contributing to a serious fuel shortage. For people with no resources, acquiring food is difficult.  People are afraid, hungry, and hurting.  Pray for Haiti!!!

With things so difficult in Haiti, the current plan is for Bill to wait to return to Haiti till after Thanksgiving.  Due to the dangers on the roads of robbery and kidnapping, on the last few trips he has made, it has been necessary to fly from Port au Prince to Les Cayes.  So far, the gang activity in Les Cayes has been minimal and the danger has not been much more than normal.  That could change.  We would appreciate your prayers and we thank you for your support. 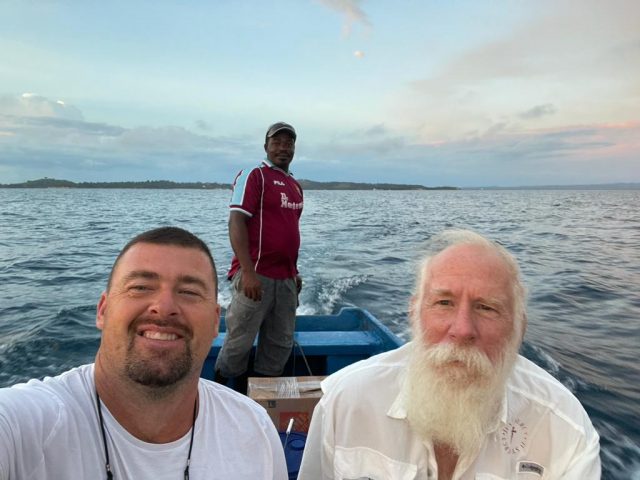 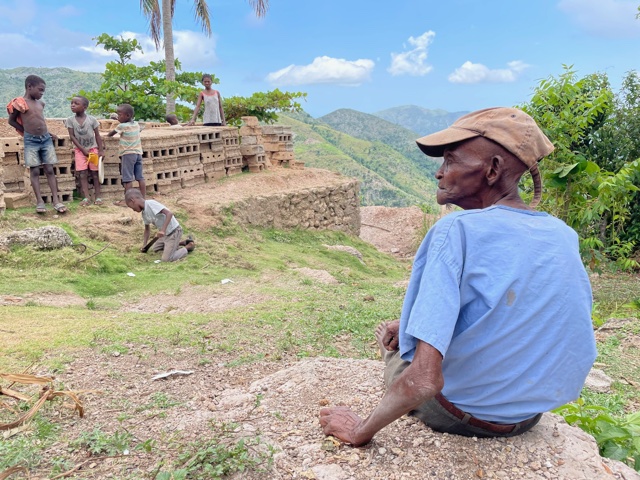 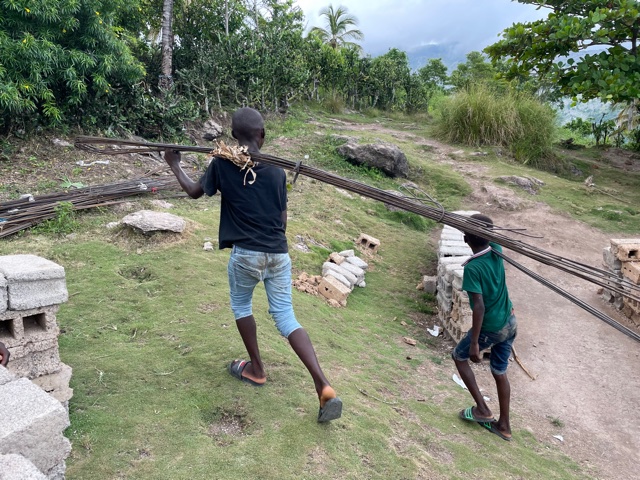 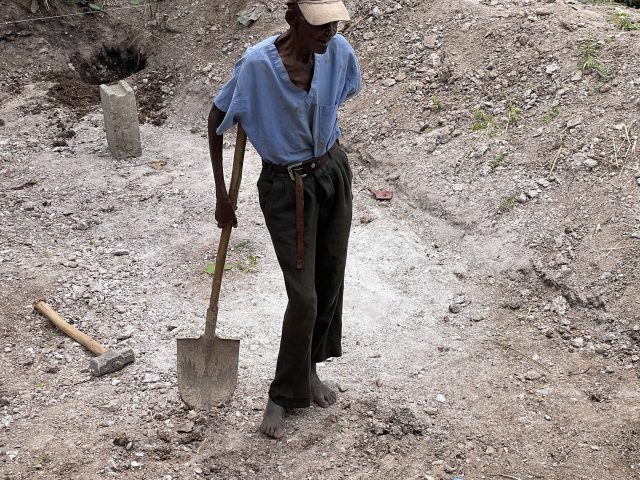 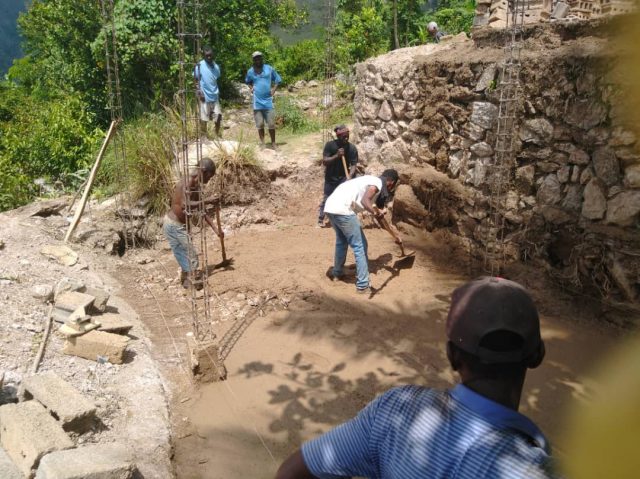 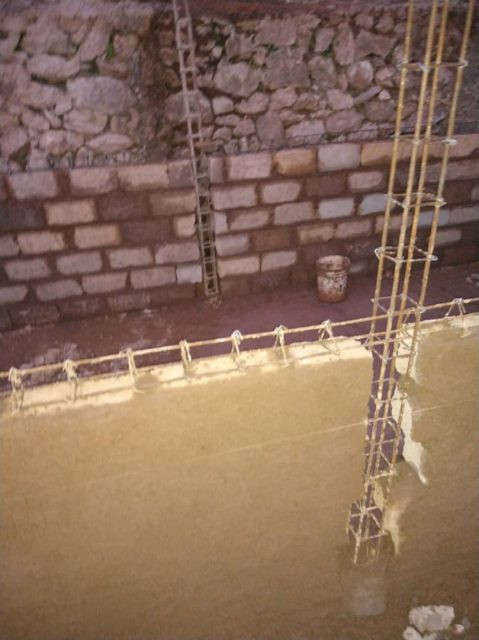 2 Responses to "A Cistern for Janou and the Kidnapping"