You are here: Home › Uncategorized › Disaster in Les Cayes, Then Joy in Baiu de Mesle!

We were excited to have Agape Flights fly a 9 member team into Les Cayes on Sunday, March 27th, intending to stay with JUST MERCY for several days.  The plan was to get the roof on the church at Baiu de Mesle (Bedzimel) hopefully in three days and then make a trip up to Janou to see that project and bring aid to the people there.

The group traveled to Ile a Vache that day, visited with folks, went out to see the marine habitats, and prepared to go back across the sea the next morning to work on the roof of the church. 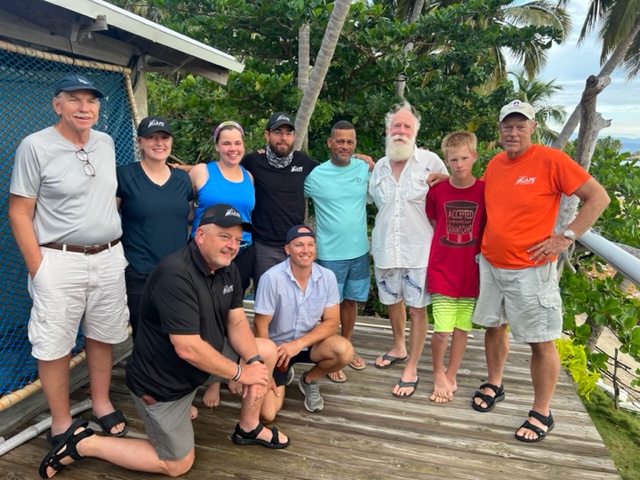 After the voyage across the next morning, the whole team started to work.  They were really excited about getting the roof on the church and worked hard all day.  They had decided to spend the night there as the trip back and forth to IAV takes four hours. 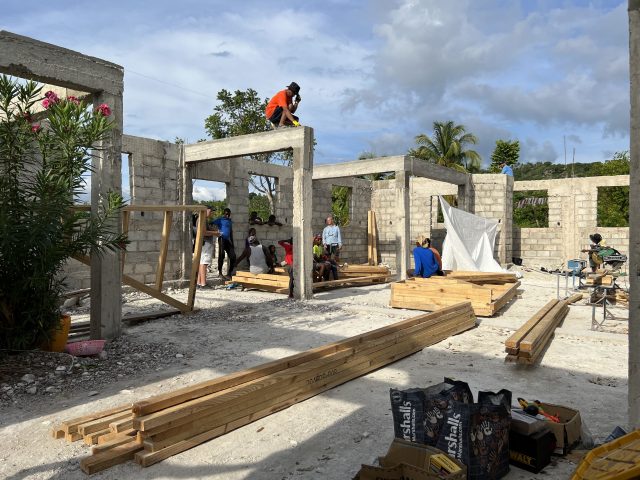 Brooklyn wrote about their time there:  “How would I describe my time with Just Mercy? From the two houses Bill Montgomery designed, to the genuine kindness from each person we had the privilege of meeting, it was like being in a movie. In my journal for the trip, I wrote, “Being here is like a dream, a perfect missions opportunity to serve alongside the people of Haiti. Bill and his team radiate the love of God and it encourages us to serve others for God’s Kingdom. This opportunity to help build a church that will facilitate both church and school functions in a community with almost nothing was an honor. ”

I would highly recommend the support of Just Mercy as I have seen firsthand what they do on a daily basis. As an aspiring Missionary, I cannot imagine a better example of what it looks like to love a people group so much and to wake up every morning longing to further the growth of God’s Kingdom. Thank you Bill, Anodos, Jim and team for making our few days on Ile a Vache and Bedzimel a life-changing event.” 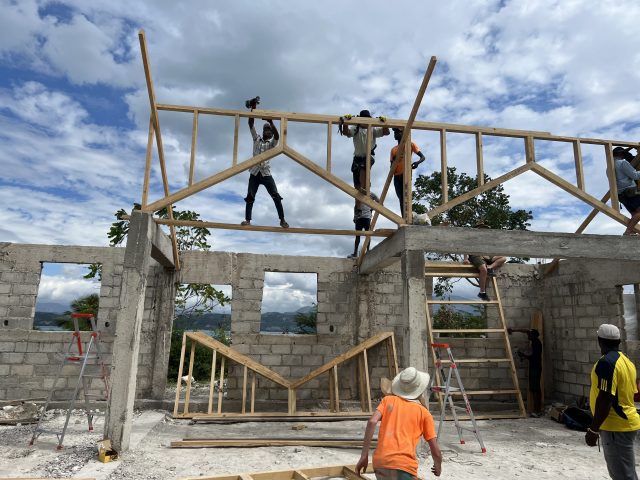 The next morning the team started to work but soon got some bad news.  All across Haiti that Tuesday, the people were protesting the lack of food, fuel, and the gang controlled roads.  In Les Cayes, the rioters breached the airport, pushed the Agape plane out on a road, and set it on fire!! They were chanting, “No ground, no air!”  Later local missionaries heard the people thought the plane belonged to a politician. 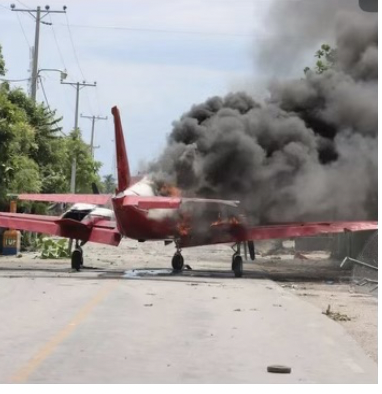 This was a disaster for Agape!  The team headed back to IAV to prepare to leave the next day.  The airport in Les Cayes was closed so they had to make their way north to Jeremie and arrange flights home.

Noelle wrote:  “During our first evening in Bedzimel, we circled up with some of the church members from Bedzimel. It was awesome to hear that the building would be a place to gather and grow in relationship with Jesus and a school for children in the local villages. The joy of the people we met was contagious and they loved on us in a way I had never experienced, from the youngest to the oldest.

It was humbling to witness the sacrificial love found in the village of Bedzimel. A love that was shown in the men tarping our open room for the night, hearing the villagers call Bill “Dad”, and young Anje serving by carrying my boots up to the church. It’s the small things! While our time with the village was cut short, I am encouraged to see all that God is doing there and thankful Just Mercy is living with intention amidst the people of Haiti.”

Bill, our friend Jim, and grandson Anodos were left to work on the roof of the church the rest of the week with several Haitian men to help and did they ever work!!  Over the next several days, the roof went on!  The fact that they were able to finish it is amazing!  To God be the glory!! 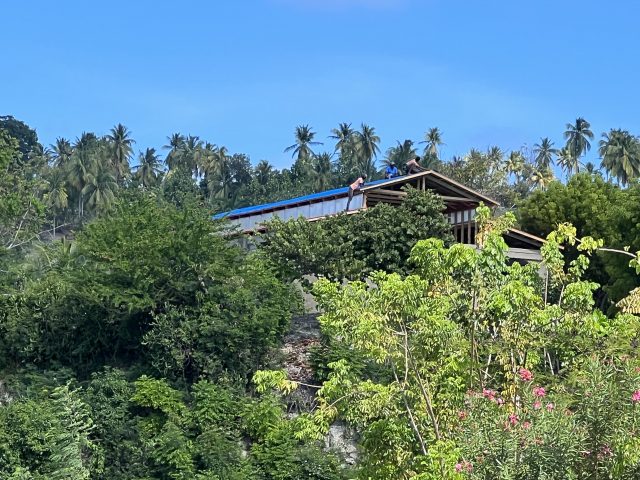 Bill and Anodos also made that difficult hike up to Janou to assess progress there and make plans to work on that church/school on the next trip planned for June. 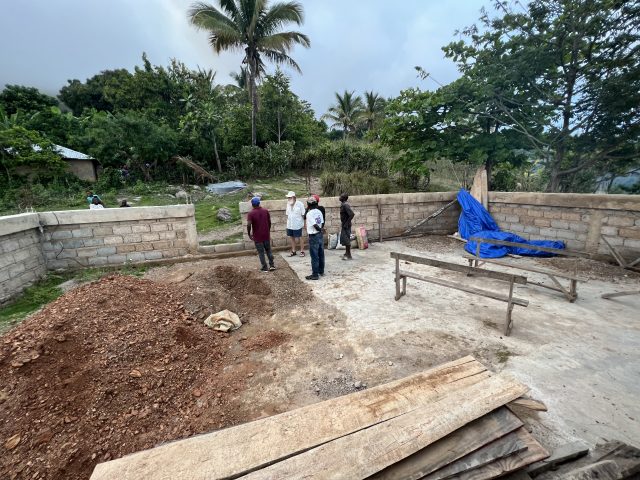 The stem walls are up in Janou!

They took a tub full of girls clothing from the Agape team for the girls of Janou who were thrilled to get them! 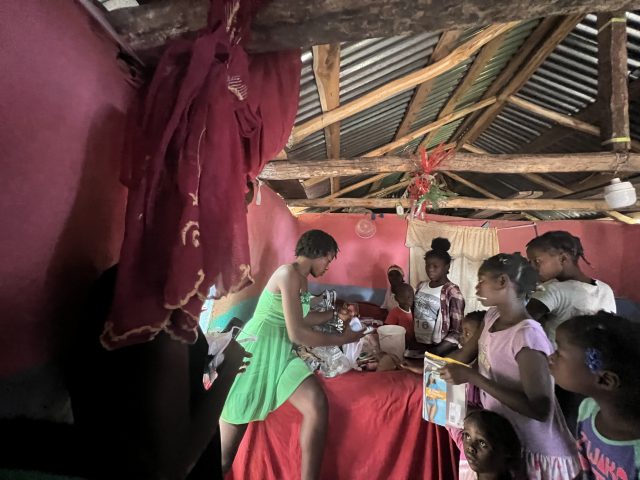 The girls getting needed clothing.

Later that week, Bill met people from Janou at the trail head where the people carried up 1000 coffee plants, 100 each of orange, citron, and papaya trees, and 24 coconut trees that JUST MERCY bought for the people to plant, hopefully to provide food and an income in the future.  Between hurricanes and earthquakes the last few years, food sources had been decimated!!  The people were so excited about getting these plants!! It was a big deal in their lives! 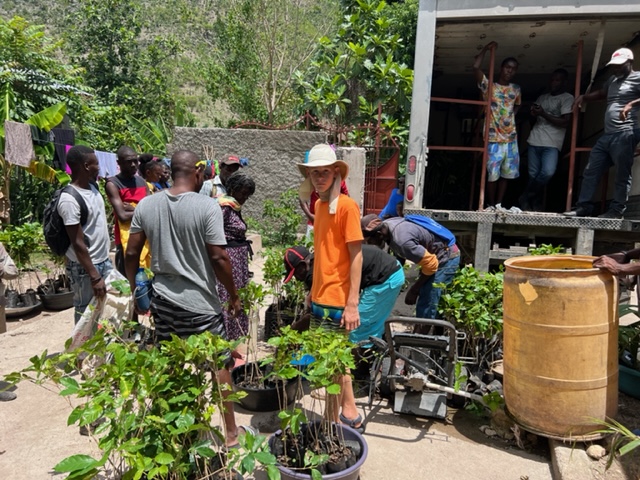 Plants to plant for food for Janou!

When it finally came time for the guys to return to the states, travel arrangements had to be redone. The airport in Les Cayes was still closed.  They ended up taking motorcycle taxis 60 miles to Jeremie one day, flying to Port au Prince the next, flying to Florida the next day which is Jim’s home, and then Bill and Anodos flying back to MO early the next morning! 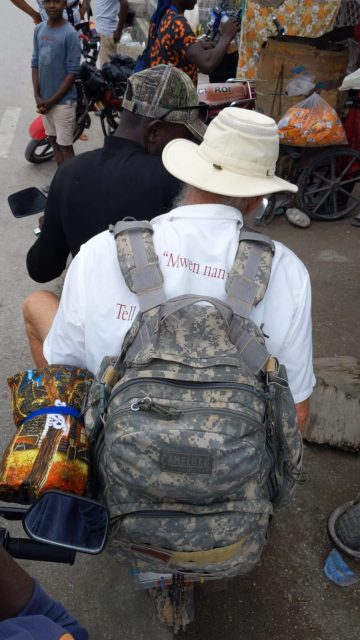 On a motorcycle taxi

Though this trip did not go as planned, God still enabled the roof project to be completed.  We praise and thank Him for that!  We so appreciate the friends and the Agape Flights team who came to help!

Thank you all so much for your prayers and support for JUST MERCY!  The people of Bedzimel met for the first time under a roof for Palm Sunday.  Praise the Lord!!  May that building be a place that God uses to grow and bless His church in Haiti. 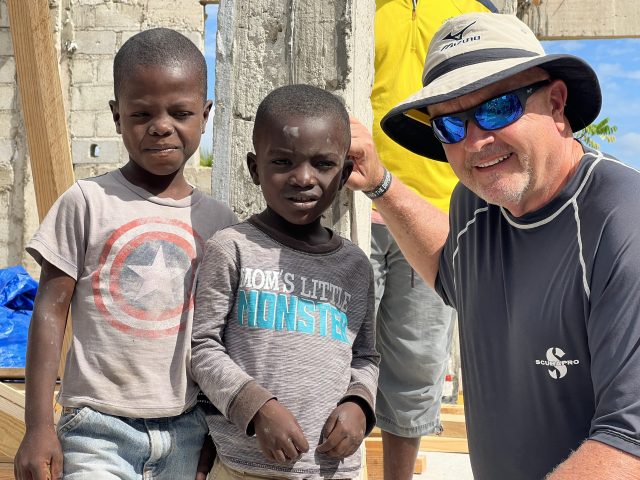 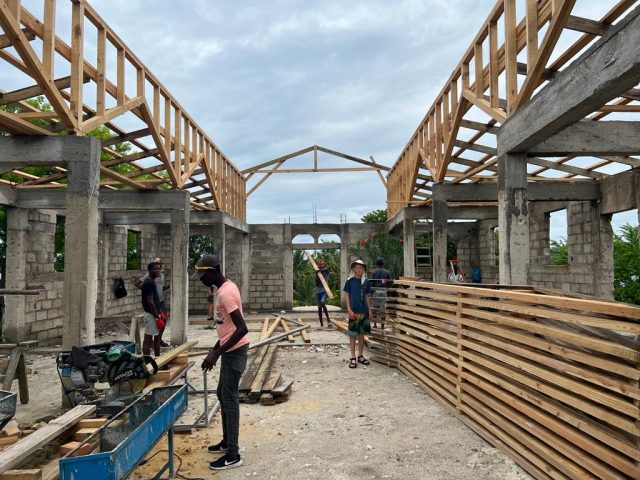 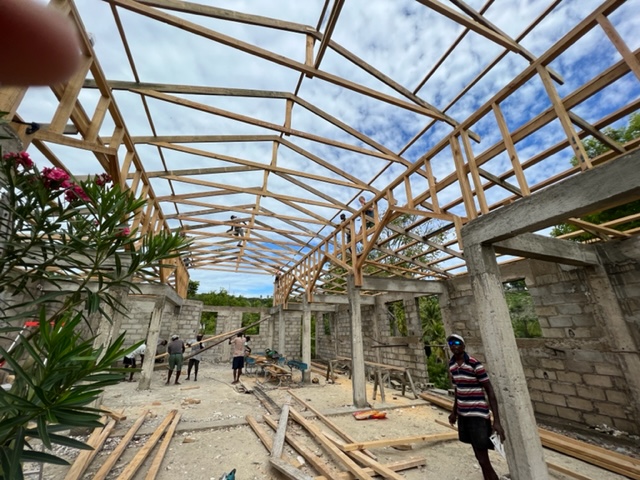 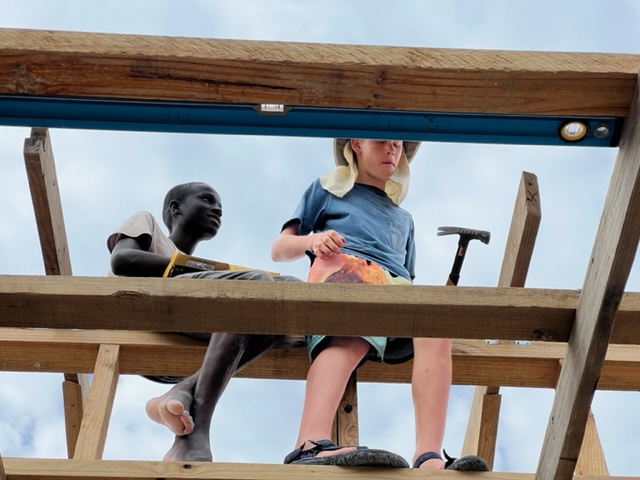 Grandson Anodos and friend helping with the roof 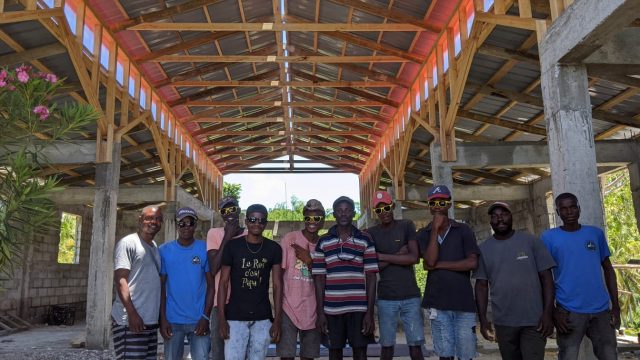 Haitian workers under the roof!! 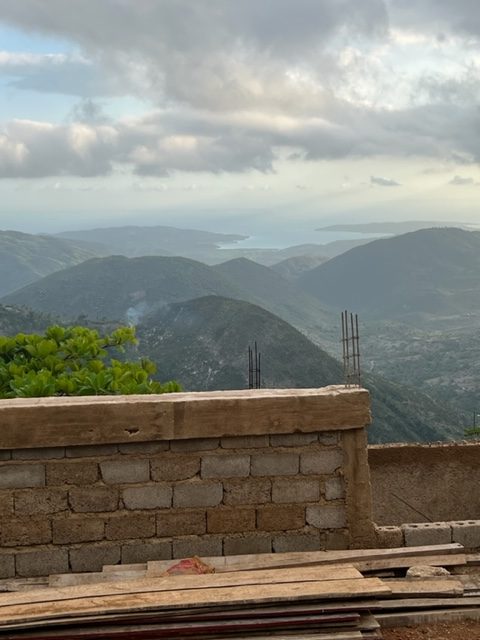 One Response to "Disaster in Les Cayes, Then Joy in Baiu de Mesle!"